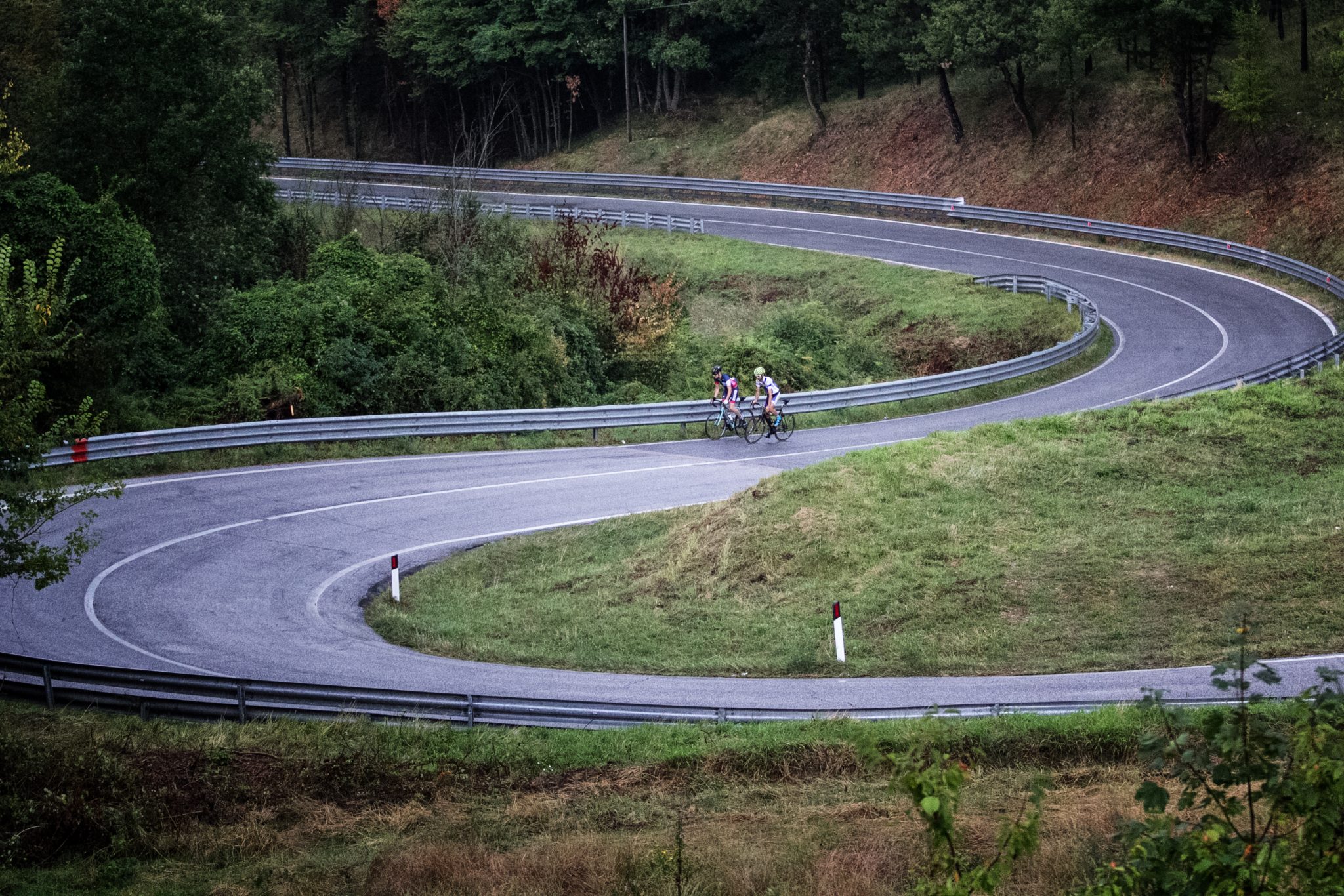 COD. 120 / Week end on the way of the Randonnée of Città di Castello

A journey of over 200 kilometers with departure and arrival in Città di Castello, which winds through the northern part of Umbria, for many little known and an evocative area . You will cycle on roads without traffic, between woods and cultivated fields, but also touching some villages and cities of great beauty, such as Montone, Gubbio, Assisi, Perugia, Umbertide and Monte Santa Maria Tiberina.

An extraordinary journey together with your travel card, to be stamped at the rando points along the route, to obtain the patent as the real randonneeurs. Only that you can do it in two days instead of one, having more time to enjoy the views, visit the villages and the cities, taste good wine and food.

The itinerary is developed in the Northern area of Umbria, maybe less known froma turistic point of view, but equally beautiful and evocative. Natural wilderness and extended forests will be the frame of a lot of km of your journey, in which you will also visit villages and artistic cities as Montone, Gubbio, Assisi, Perugia, Umbertide, Monte Santa Maria Tiberina. Well, the ideal mix between nature and culture. The itinerary is developed along the Appennines and it will have a lot of climbs. The most challenging part is probably between Gubbio and Assisi, while the most easy goes from Perugia to the beginning of the climb to Monte Santa Maria Tiberina, the last hard part of your journey. The itinerary is challenging, as you can see about 3000 meters of elevation gain and it requires a good level of previous training. 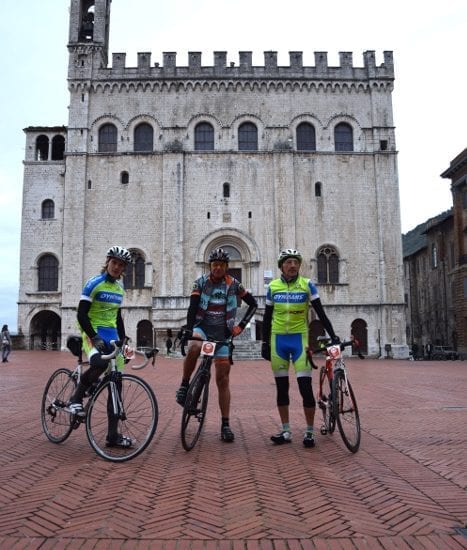 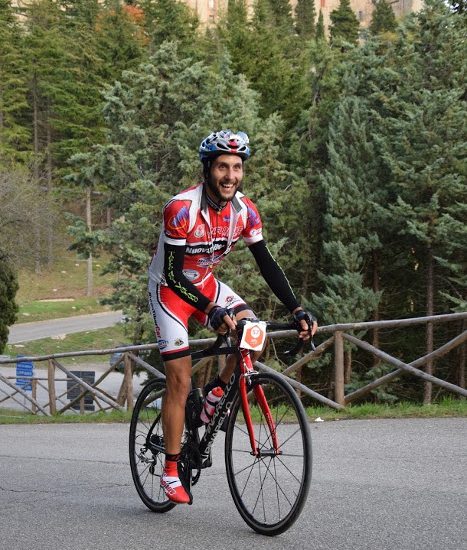 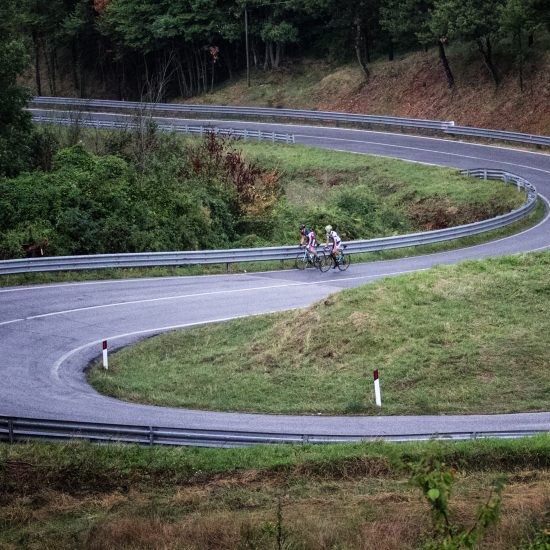 Individual arrival in Città di Castello, with delivery of the rando kit (travel card, rando point list, roadbook) and first overnight stay. Città di Castello is the main center of Upper Umbria, located right along the river Tiber, with an old town full of palaces, museums and works to be discovered.
2

The first stage is certainly the most challenging of the weekend, with several ascents to be overcome. Leaving behind the first flat kilometers along the Tiber valley, in fact, you first ascend to the village of Montone and then to Pietralunga, before reaching the center of Gubbio. From here, immersed in nature, you will still have to face a long climb before reaching Assisi.
3

From Assisi in a few kilometers you will arrive at the foot of the historic center of Perugia, which can be reached with a climb of about 6 kilometers. The exit from the city takes place on the north side, the most beautiful and less busy, and will take you directly to Valtiberina, where you start to climb towards Città di Castello. But first you will touch Umbertide and Trestina and climb to Monte Santa Maria Tiberina, a real medieval jewel hidden in the woods.

By plane
"San Francesco d'Assisi" International Airport of Umbria Perugia - Sant'Egidio 50 km from Città di Castello - Tel. +39 075 592 141
Ticket office: Tel. +39 075 592 1432/3 - Fax +39 075 692 9562 www.airport.umbria.it
By train
You can get to Città di Castello through the Terni-Sansepolcro railway line http://www.umbriamobilita.it/it/accessibilita/orari-servizi-ferrovia-pdf.
By car
Depending on the places of departure there are various routes to reach Città di Castello. Coming from Rome, leave the A1 Autostrada del Sole at Orte and then continue on the E45 expressway towards Perugia-Cesena, Città di Castello exit (south, Santa Lucia, or north) Coming from the North (Bologna-Florence), the exit recommended from the A1 Autostrada del Sole is that of Arezzo, from where it continues with the SS 73 and 221. From Forlì-Cesena follow the highway E-45 with the Città di Castello nord exit. 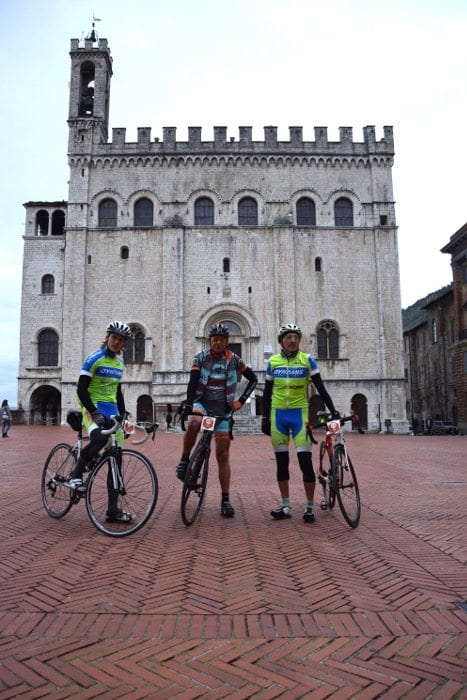 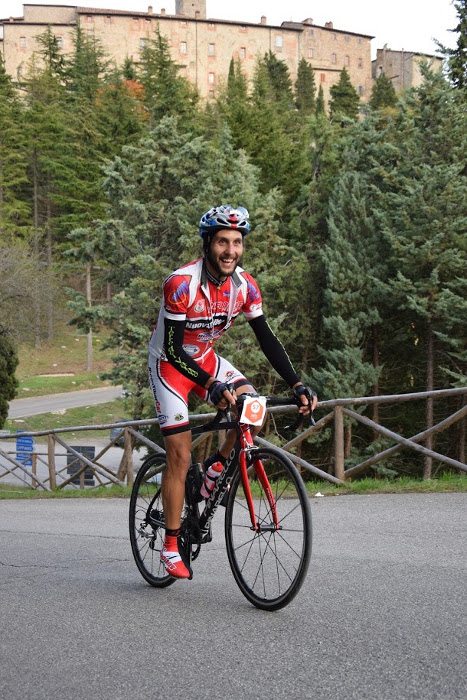 Once the booking is complete, you will receive hotel vouchers and other booked services via e-mail. The gps of the tour, the road book and the list of hotels, as well as the rules on how to use the rando kit and how to obtain the "Randagi" patent will be provided via e-mail. Upon your arrival at the hotel you will find a travel kit consisting of a map of Umbria, a small gadget of Umbria & Bike, a paper format of the road book of each single stage, travelcard kit with travel card. In case you have also booked a bike rental, you will find them ready at the hotel on your arrival.

From € 130 in Hotel and Agriturismo

Rent a racing bike with helmet 90 €