Pedaling along the old railway and the Nera Greenway

A three-day proposal in one of the most beautiful areas of Umbria, which combines the beauties of Spoleto and villages such as Sant’Anatolia, Scheggino, Ferentillo and Arrone, with the unspoiled nature of the Valnerina, before ending in front of the wonderful spectacle of the Marmore waterfall. You will cycle along the suggestive route of the former Spoleto-Norcia railway, in the section that goes from Spoleto to Sant’Anatolia di Narco, the one with the most viaducts and tunnels, and then in the section of Greenway that runs along the Nera and will take you to the waterfalls always away from traffic.

The itinerary develops in the southern area of ​​Umbria, between Spoleto and the Valnerina. The first day we will have to face the pass that leads to the Caprareccia tunnel: it is about 6 kilometers but with very gentle slopes, since in the past it was crossed by the train. On the second day there are no demanding climbs, but mostly ups and downs that must be tackled with the right gears. On the second day, in any case, the route tends mainly to go down.

Overall, the itinerary can be considered medium-easy and a person in good health and active will be able to tackle it without difficulty, also because the mileage is short. However, it would be ideal to train in the period before the holiday, especially to get used to being in the saddle for several hours and avoid pain and aches. 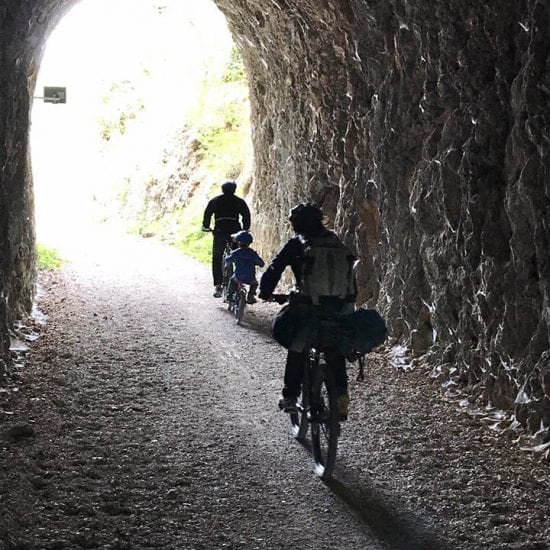 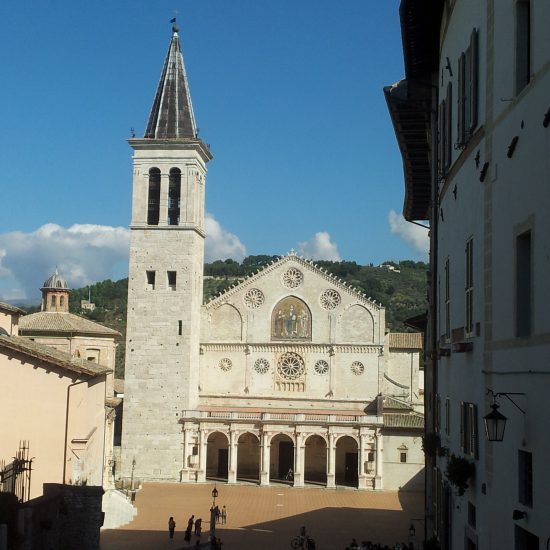 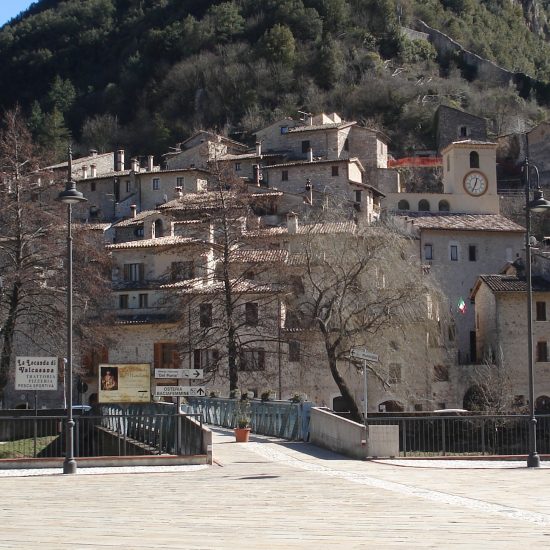 Individual arrival in Spoleto and first overnight stay. The historic center is rich in artistic and cultural beauties. In addition, at any time of the year it offers entertainment opportunities such as festivals, exhibitions, exhibitions. A city on a human scale, ideal for discovering on foot or even by bike, an optimal starting point for our tours. Dinner and overnight in Spoleto
2

A truly suggestive itinerary, which will allow you to cycle along the path of the former Spoleto-Norcia railway, facing tunnels and viaducts that will take you into the greenery of the Valnerina. The first part of the fraction is all uphill, while the second is downhill. The slopes are never demanding. Dinner and overnight in Castel San Felice.
3

A path that alternates asphalt and dirt and flows along the Nera river, immersed in the nature of the Valnerina and away from traffic. You will pass through the villages of Sant’Anatolia di Narco, Scheggino, Ferentillo and Arrone before arriving at the Marmore Falls. Return to Castel San Felice with our van, shower and lunch. End of services. Expected departure in the afternoon. 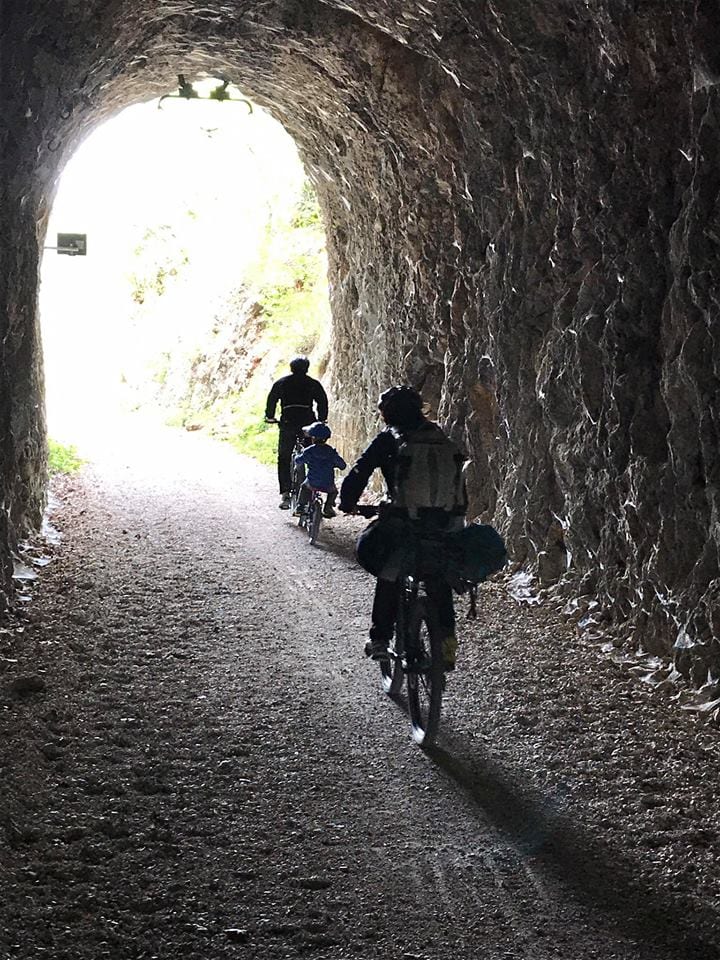 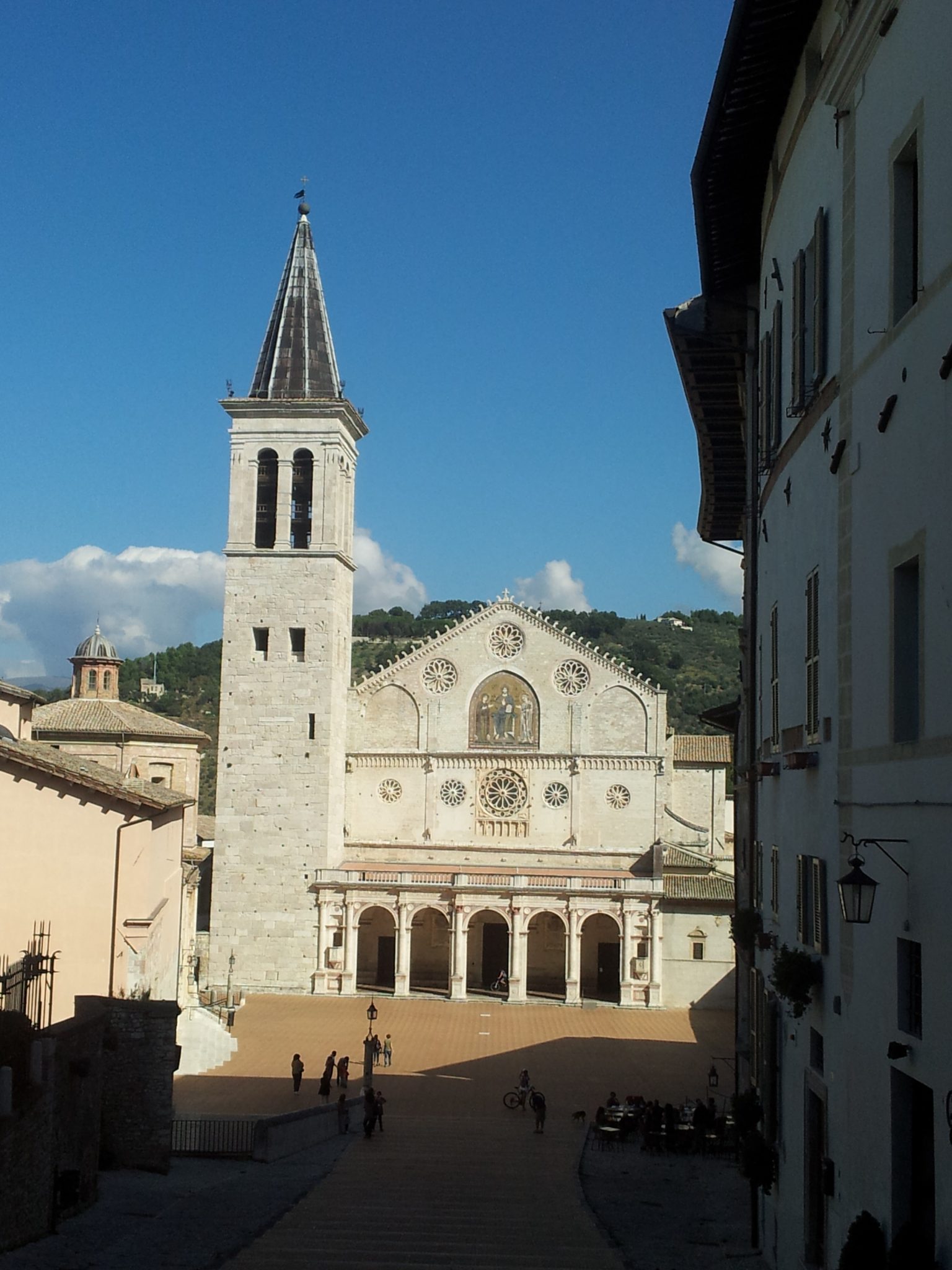 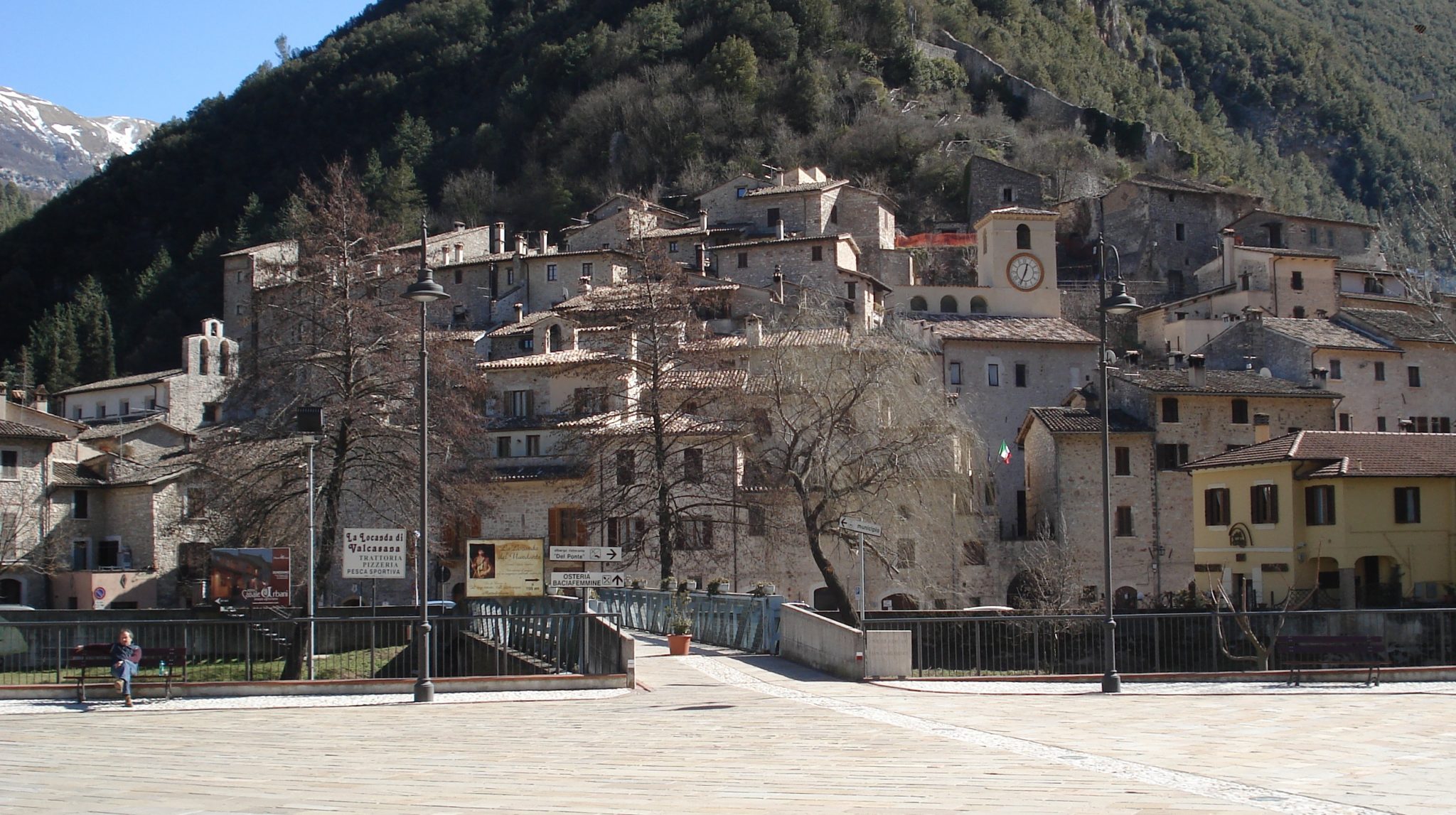 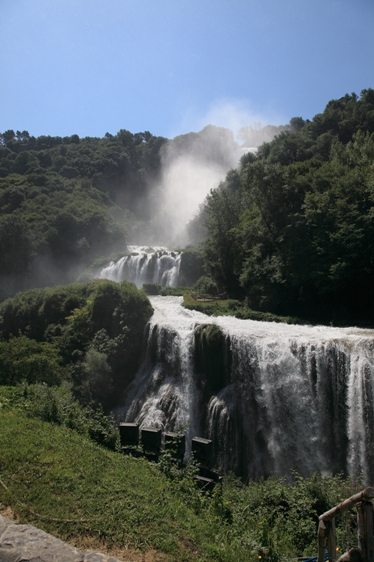 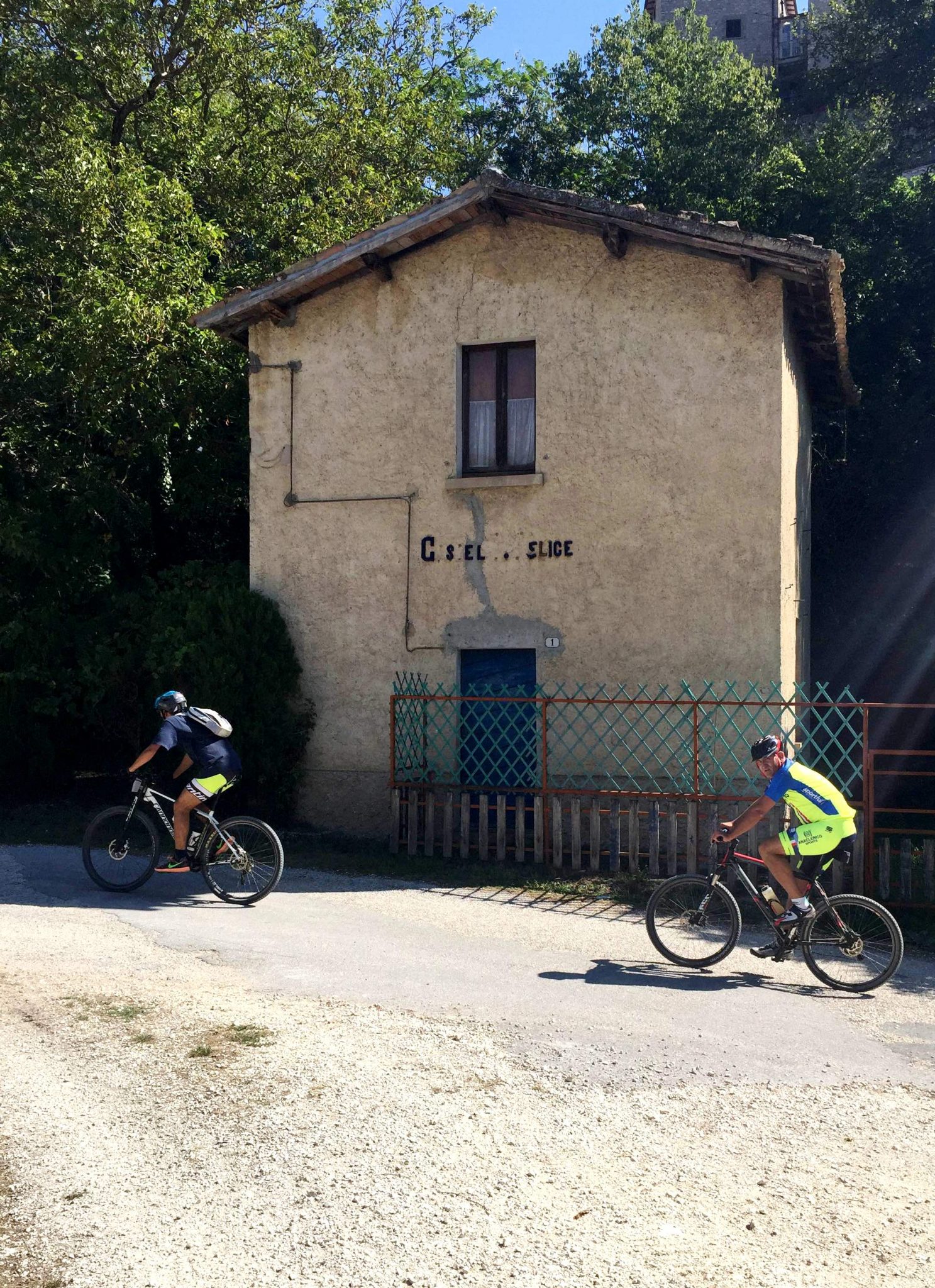 The rate is per person and includes: • 2 nights accommodation in a double room in structures along the route between 3/4 star hotels, farmhouses, etc. • Half board treatment (dinner in the structure - drinks not included) • Van from the Marmore Falls for the return trip • Lunch at a farmhouse in Castel San Felice • Umbria & Bike Kit • Covid 19 registration fee and insurance The rate does not include: • Extras and tips • GPX tracks or detailed road map • Luggage transport along the route • Bicycle rental • Bike lights • Return to Spoleto for the recovery of the vehicle • Means of transport • Anything not expressly indicated under "the fee includes"