THE WAY OF FRANCESCO – NORTHERN WAY

From La Verna to Assisi

THE WAY OF FRANCESCO – NORTHERN WAY

The way of Francesco is a very suggestive naturalistic and spiritual itinerary that crosses Umbria, touching the most beautiful cities of the region, but above all the most important and significant Franciscan places. To live the way of Francis we propose two holiday opportunities, always with a final destination Assisi: the Via del Nord and the Via del Sud. The Via del Nord starts from the sanctuary of La Verna, in Tuscany, then cross Sansepolcro, enter Umbria and go through Città di Castello, Pietralunga and Gubbio before reaching the Sacro Convento di Assisi. A wild and challenging itinerary, which will make you discover little known places and roads, but that requires a good level of training to overcome some difficult climbs.

The itinerary starts in Tuscany, from the Sanctuary of La Verna, and enters in Umbria after passing Sansepolcro. It traces the path of Francis on foot for many kilometers, touching villages and Franciscan places of great beauty, such as Citerna, Città di Castello, Pieve de Saddi, Pietralunga, Gubbio, before reaching Assisi. The route is mostly developed on secondary roads, with very little traffic, to which are added some sections of bike path and short stretches of well-kept dirt road, therefore ideal to be faced with hybrid bikes. If you want, with one more day of travel, you can also enter the variant with passage to Perugia. The route follows in the footsteps of Francesco and is rather challenging. The planned stages, in fact, are not long, but almost every day you will have to face at least one or two climbs, even demanding. The advice, therefore, is to be prepared and with a good level of fitness to avoid finding yourself in difficulty during the holiday. The suggestions, the charm and the beauty of the touched places will repay you for the effort done, we are sure of it. 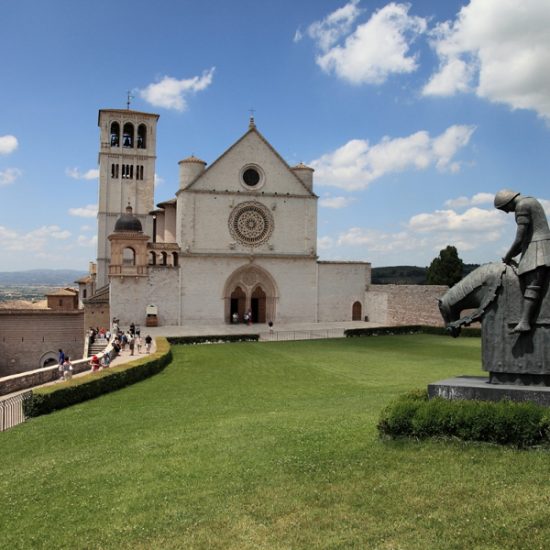 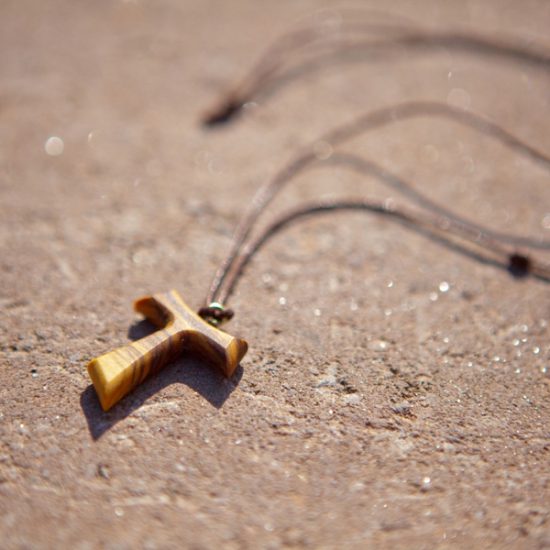 Arrival in Assisi in the morning, leave the car and move with a car to the Sanctuary of La Verna, from where the first stage by bicycle begins. You can visit the suggestive sanctuary, nestled in the woods, before setting off by bike. You will cross Pieve Santo Stefano, before skirting the Montedoglio lake and then arriving in Sansepolcro. Dinner and overnight in the structure
2

You will leave Sansepolcro behind to pedal in the countryside between Tuscany and Umbria. The only climb of the day is that, quite steep, which will lead you to the village of Citerna. From here continue towards Città di Castello, taking full advantage of the dirt cycle path that runs along the Tiber river.
3

One of the most demanding stages of the entire northern route, with two ascents to be overcome. The first is long and regular, immersed in the woods, which alternating dirt and asphalt will lead you to Pieve de 'Saddi. The second is shorter, but steep, just before reaching Pietralunga, a small village in the green, ideal for relaxing and resting.
4

Leaving Pietralunga behind you, you will cycle along roads immersed in the green Umbrian nature, almost completely without traffic. Even in this stage you will have to face two climbs, but not too demanding. The last kilometers before arriving in the heart of Gubbio will be completely flat.
5

In the morning sightseeing tour of the city with the Gubbio Express. Another stage that flows in the nature of the Umbrian Apennines and which will bring you closer to Assisi. Along the way you will have to face two climbs, which will give you wonderful views of the surrounding valleys before arriving in the small historical village of Valfabbrica.
6

Assisi is now at the door and the few kilometers to go will allow you to get there easily. You will have to overcome only some ups and downs in the first part of the day, while the last kilometers, which alternate dirt and asphalt, flow into the Umbrian plain from where you can already see the unmistakable profile of Assisi. End of services. Departure scheduled in the afternoon. 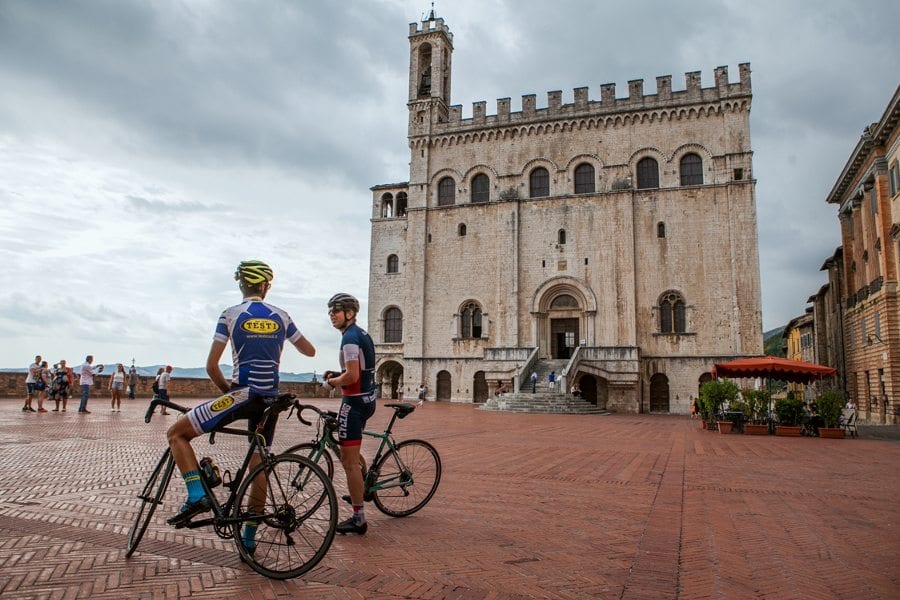 Experiences to enrich the program

The price per person in a double room includes: The fee does not include